Have you ever been taken advantage of? I am sure in one way or another we all have. It doesn't feel good when it happens; especially when it is being done by those you love the most. In the last couple of weeks, I have been taken advantage of by more than my fair share by one person in particular and one other living being of the canine type. A.K.A. These two! 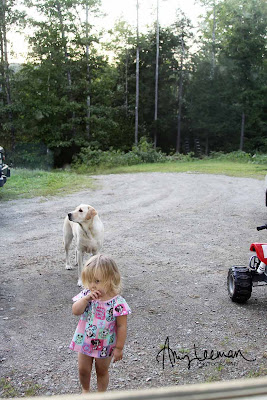 In this picture they look seemingly innocent, but what you don't know... is the story.

Once upon a time, there was a Mom, a Mom who had a really, really, really bad month which landed her with a bum leg and two super clunky, annoying, and loud crutches. This Mom also lives in a house full of stairs and let's just say that going up and down these stairs is a huge pain in the knee cap. Did I also mention that it is the beginning of hunting season so on any random Monday-Saturday night, Mom is left in a house full of stairs, a two year old and a yellow lab. One night the yellow lab was looking at the Mom with large brown eyes while circling the kitchen like an eagle circles dead fish on the ice. This is Dog for "lady, let me out I gotta pee". So Mom gathers her crutches and begins the 16 stair decent to the ground level. Dog pushes past Mom almost knocking her over. Mom tells the two year old to "wait there I will be right back" which prompts a "NOOOOOOOOO, NOOOOO, NOO" response from the two year old. So knowing she is already defeated, Mom sighs, tells baby to be careful and finally makes it to the ground floor. She opens the door to let the dog out and is surprised when the two year old pushes her out of the way and is now outside with said Dog.

Okay, okay, so what's the big deal? So the dog has to pee and your kid follwed him out. Okay, I see your uneducated point of view. Did I also mention that it is the beginning of October, it's cold outside, dog is peeing on the grass, which baby is running through with no shoes on.

After about eight minutes of watching them outside I do the whole "okay, come inside", but these two know that 1) I don't have any shoes on, 2) I have crutches,and 3) there is no way in in h-e-double hockey sitcks I can run and/or ever catch them if I decided to try it... so what do they do... they take advantage of me and my situation and refuse to come inside.

That's until I pull out the ole "want a snack" trick! Unfortunelty that only works on one of the culprits. 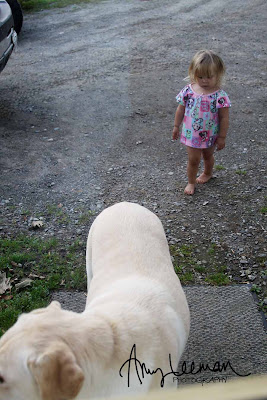 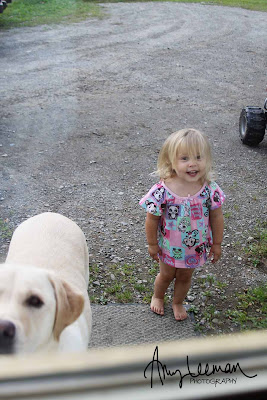 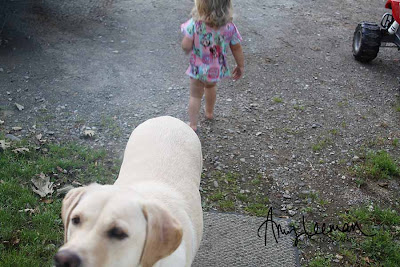 So then I get all 'Mom' and yell her name and throw her the middle name, because we all know when that happens MOM MEANS BUSINESS!! Yeah... we can all see how affective that trick is on a two year old! 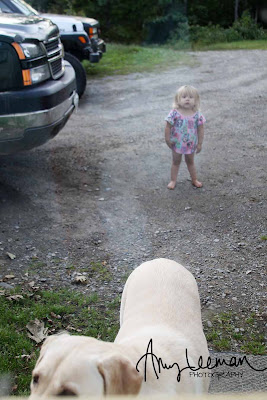 So I stand to the side to make her think I have left. To my surpirse that worked like a charm!! 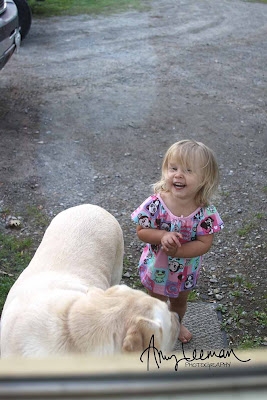 At this point, now she realizes it's cold outside and that there is a snack involved.
So she gets all cute on me. 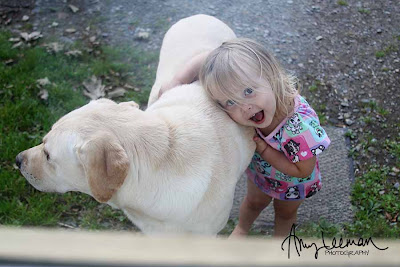 I kid you not, this went on for almost 20 minutes. Phew! I know what they were doing, taking advantage of Mom! I could be mad, frustrated, or upset, but with a face like this how can I be anything but entertained! 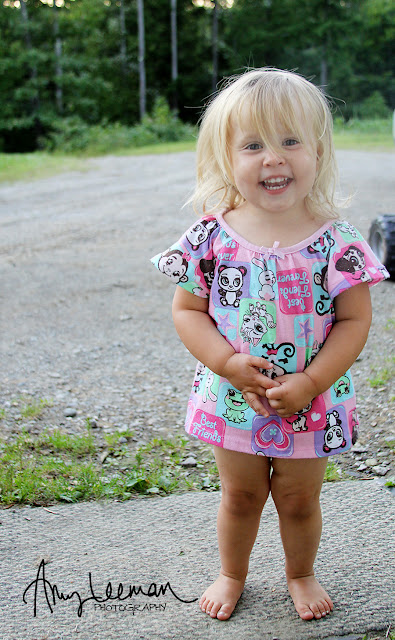 Happy Wednesday
Posted by ALeeman at 10:26 AM